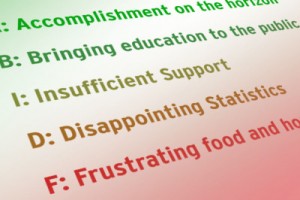 A: Accomplishment on the horizon: The Tinkham Veale University Center is one step closer to completion with an event being held today to celebrate the final construction of the steel-beam frame. Progress on the new center has been steady since the digging began in 2012, and it looks like this Cleveland…

Keeping Perspective This Tuesday, the Associated Press’ official Twitter account was hacked. Hackers tweeted that there had been two explosions at the White House and that President Obama was hurt in the attack. Within minutes this claim was retweeted more than three thousand times. The AP promptly…